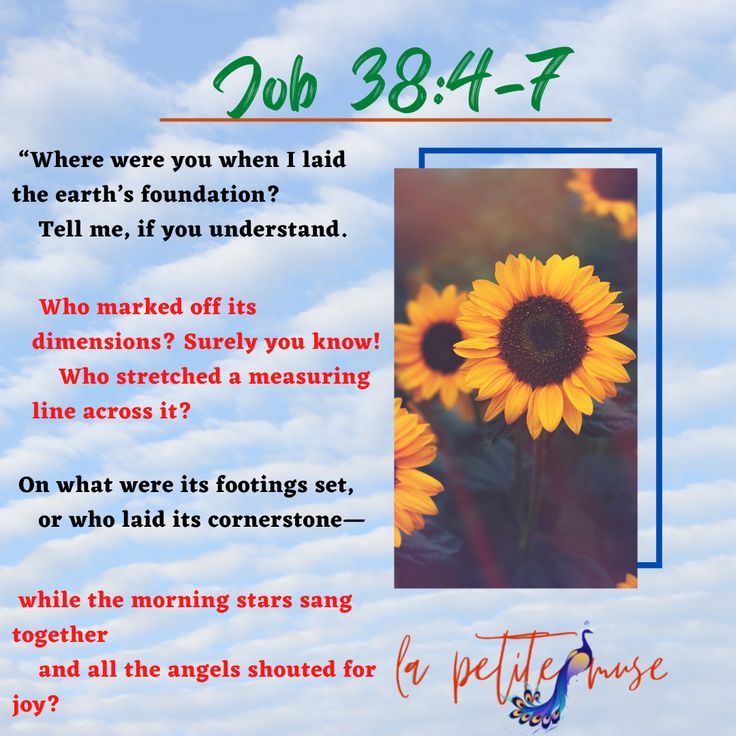 God made the world without help. We were not there to give advice or guidance, so why do we want to dictate on God’s behalf?

God was the One Who laid out the blueprint, measurements, and details. The angels delighted in the Creator’s creative creation by singing and shouting for joy.

The world is not what it once was, but when Christ returns to reclaim what’s rightfully His, we shall rejoice as the angels. Even so, come soon, Lord Jesus.

I’ve been reading more than I should lately, and although I should’ve already read 90-110 books given the calculation during a small reading slump I had to get over (thank God!), I’m glad to have read 78 books.

Before I begin, I apologize for being M.I.A. I’ve been busy (and I use that word loosely) organizing, plotting, planning, and of course, resting. I needed this time for myself to also reflect and see how far I’ve come, and where I’m going to. In all my years of blogging, it feels as if this is the first time I’ve slowed down concerning posting, and also reading your blogs. I can’t promise that things will change soon (although I’ll like it very much to), but life happens, and unfortunately, I can’t press the bell for it to stop at my address just so I can get off. All I can do is hope to get back to a regular blogging schedule, one day. 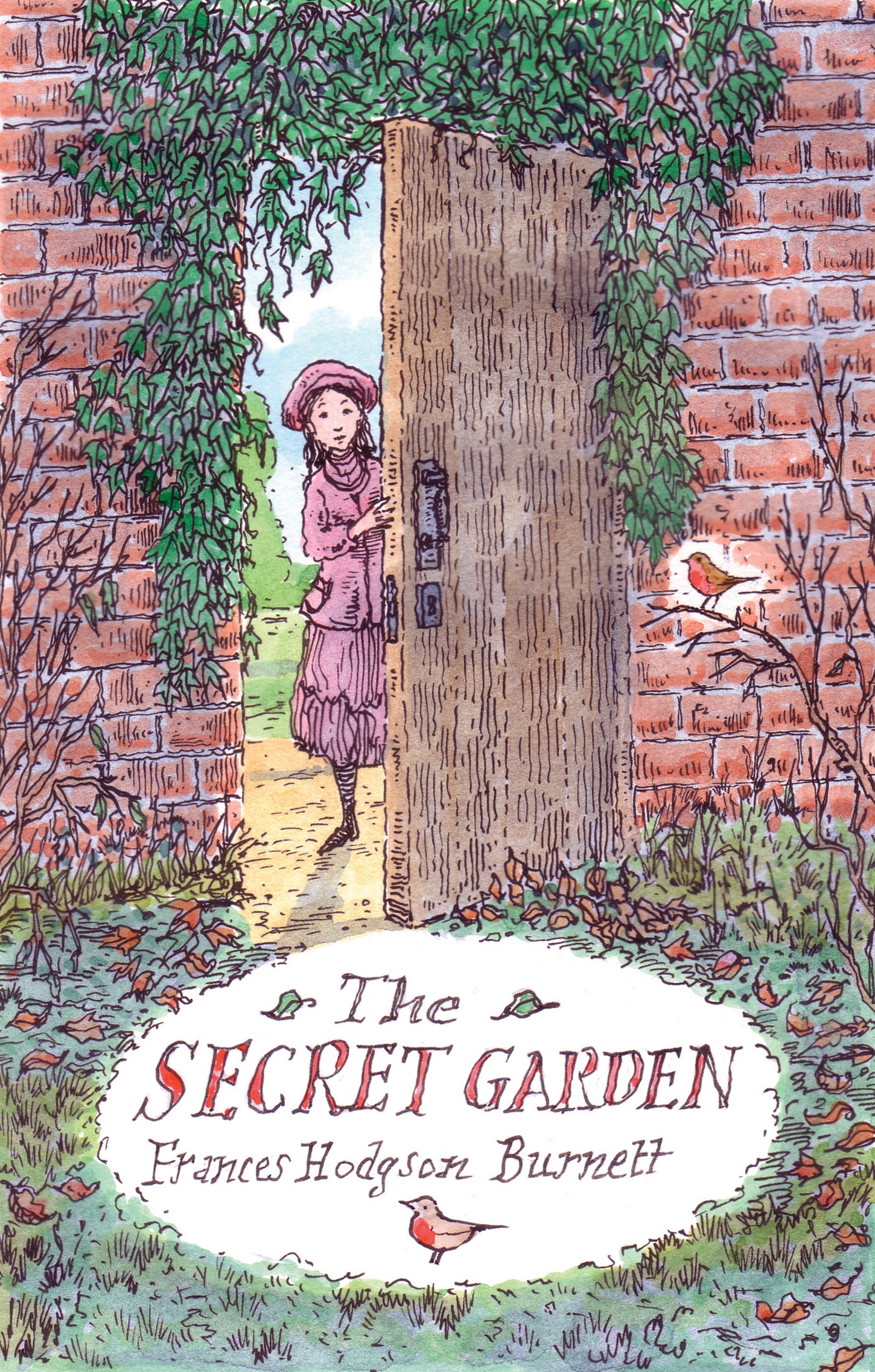 Okay, so this book. What’s the BIG deal about it? I couldn’t find any. When I was young, and I just started out reading, I was made to believe that I should appreciate every single book I read, and not criticize even if I don’t like the book. This book falls under such category, but it’s not even all that special or unique, and as much as I love reading books, I love that I can give my honest thoughts, opinions, and reviews, without sugarcoating it.

Here, in note-taking form, are the reasons why I dislike this so-call favorite classic:

🔖 Dialect. I dislike reading books sprinkled throughout with local dialects. It’s a major turn off. Also, this book target group are children, so why not proper English dialogue usage? Plus, people are reading this book worldwide, so the dialect could’ve been toned down a bit.

🔖 There’s a character in this story that I kind of liked. His name is Dickon. He speaks to animals, and plays on a pipe for his listening audience of animals. Piped Piper of Animals? He quite gave off Jack from Legend vibes. You know? That Tom Cruise film which is never mentioned by said actor, in which he’s king of the jungle and talks to animals? I guess Dickon was Ridley Scott’s favorite character as well. 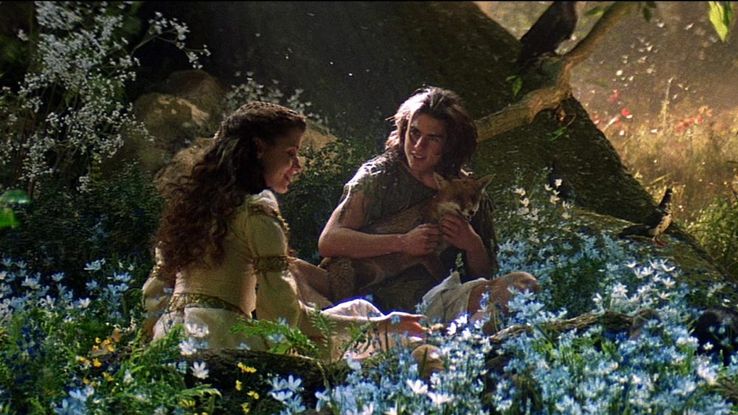 🔖 Magic. I know there are people that believe in magic, but there’s no such thing as good magic. It’s not even magic, it’s God. Authors need to stop stealing what is God’s, and calling it magic. Call it what it is: a miracle. Nature is not made of magic for God is not a magician, but rather, a Creator and Designer. Colin (a spoiled, obnoxious character) got scientific about ‘why it gotta be magic’, so I got technical on ‘why it can’t be magic’.

🔖 A grown adult male bringing up, a man hitting his wife in front of children. Just, no! If that’s not wrong enough, here’s young Colin’s response: “She used the wrong Magic until she made him beat her. If she’d used the right Magic and had said something nice, perhaps he wouldn’t have got drunk as a lord and perhaps – perhaps he might have bought her a new bonnet.”

I’m sitting there, like, “What did this child just say?” Really? So, bad magic can make a man beat his wife, but good magic makes a man buys her nice things? CHILD! NO! There’s no such thing as good or bad magic, and a man shouldn’t beat up on his wife period. What drugs was this author taking when this dialogue was written? I’m sure Colin grew up to be a wife beater simply because his wife didn’t believe in “good magic”.

🔖 The Big Good Thing. No, just say God, you know you want to. Say His Name, praise Him, acknowledge the miracle He has done, and stop being a cowardly mouse that wants to fit in with the world. An adult mother talks like this? *Mocking voice* Th’ big good thing. So stupid.

🔖 Dickon’s mother (Susan Sowerby) is an ode to what people call “mother nature”… here, I roll my eyes. The names of many characters were downright annoying.

In almost every children classic I’ve read, the children are neglected by their parents… like Disney, and it’s downright annoying. Didn’t wonderful families existed in eras gone by? Why must the children be selfishly or emotionally neglected? Is that supposed to tug on our heartstrings to ask for sympathy for an annoying and rude character? There was also hints of racism, which was not necessary. I get that it was a different time, but this is no excuse. Authors – of all ethnicities – have a responsibility when they write and edit before the final product go out into the world.

When I was young, I’ll devour any book, and call it good. I now see through a different prism. While I appreciate an author’s “labor of love”, I won’t be sugarcoating words when it comes to discussing a book. I’ll call it out for what it is and stand by what I said. 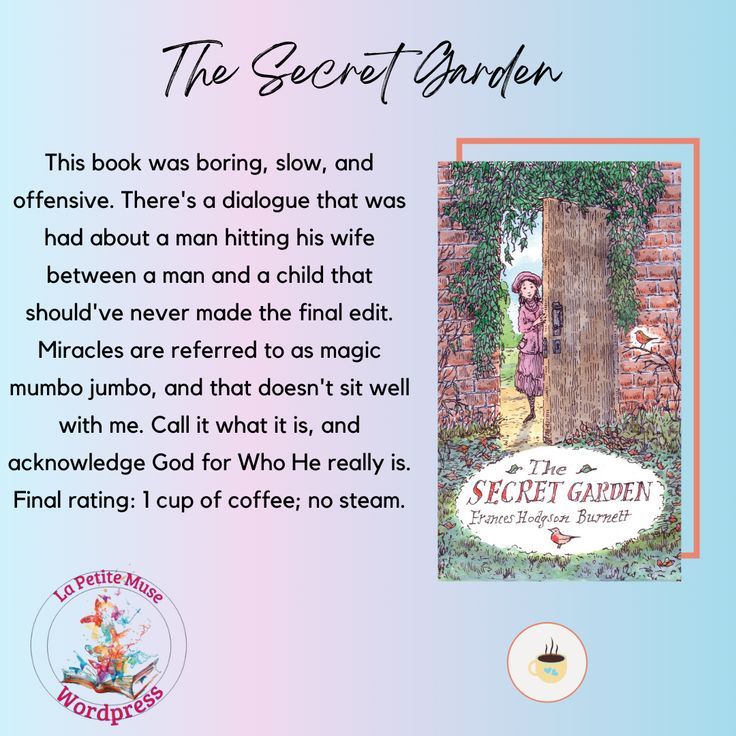 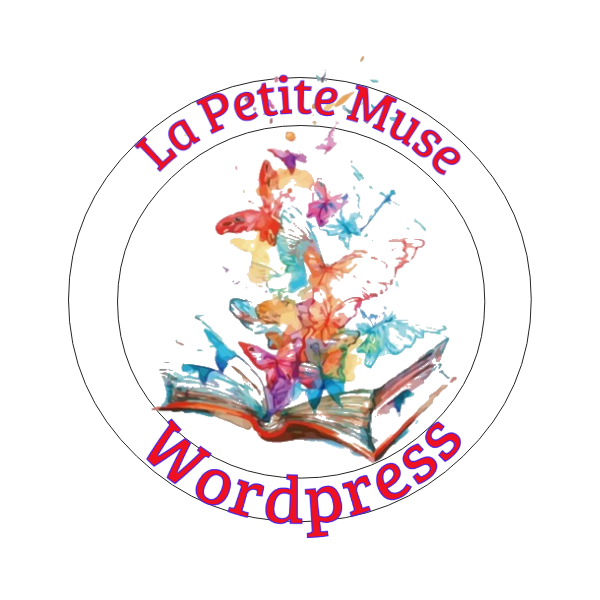 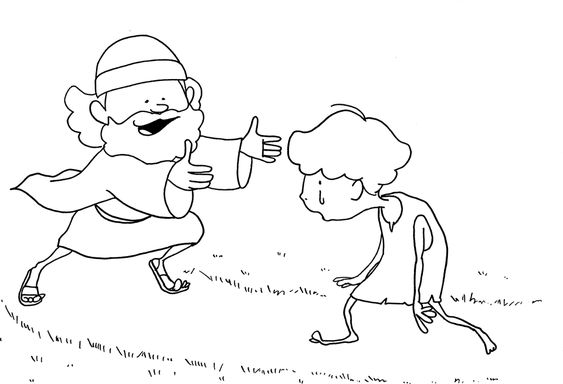 Do you know what song I’m currently feeling? Silk Sonic’s ‘Leave the Door Open’, which takes me to the 3rd prompt:

Hele: lullaby, a tender song sang to put a child to sleep

My lullaby game is weak, so I tried to imagine the moon “singing” to a sleeping child, and this is the end result: 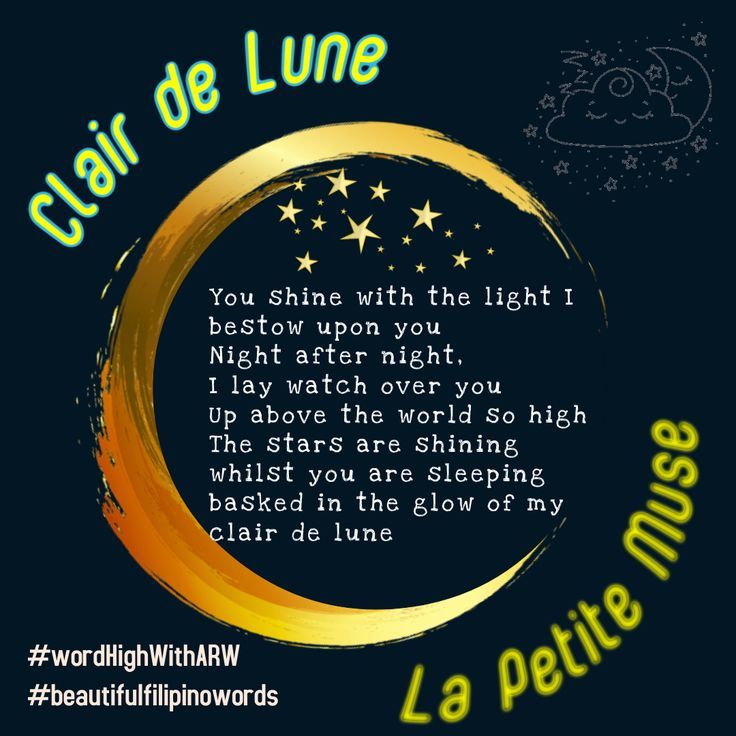 Clair de Lune is French for moonlight. Although short, I had fun writing this piece. I also worked on the 4th prompt:

With every sunset, a promise is given, and so this bit inspired by just that. 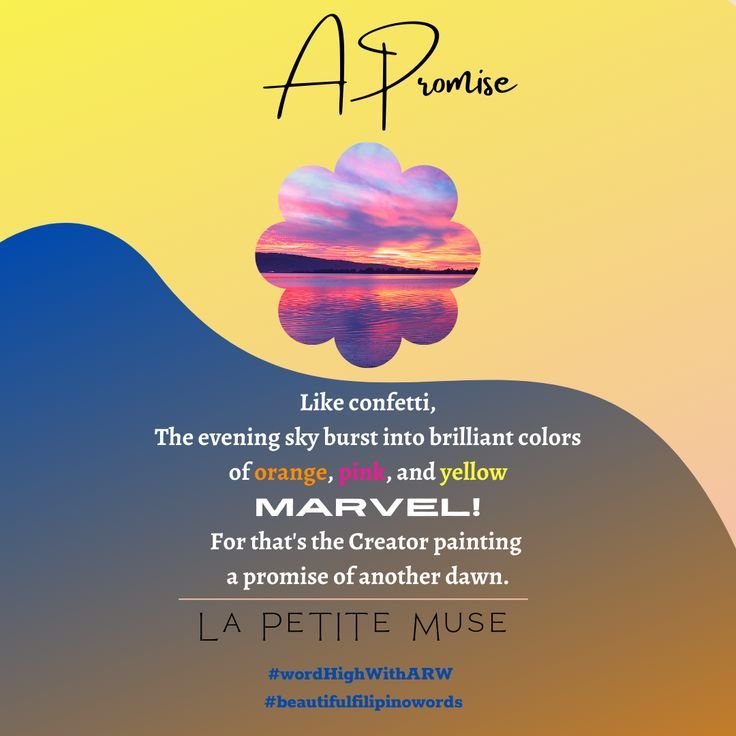 I just realized that the word ‘pink’ is kind of barely visible. It would’ve shown up on a ‘one-color background’ had I not wanted the template to look sunsetty, so I apologize for the overlook.

In 2016, I participated in a writing prompt called ‘Word High July’! I love learning new words, so it was a great pleasure to learn Filipino words. Well, areadingwritr brought it back, and although I’m no wordsmith of sorts, I decided to partake in it once again. I was looking for a way to be more active, et voilà! I’ll take you behind the thoughts of attempting to write.

Likha: a piece of art or fiction created with intelligence and skills

This is the first prompt. I found the word adorable, and I just knew I had to contribute to it. I wanted to take a funish approach to it, so I started throwing out whatever words came to mind:

Dream it, sketch it
Stream it, etch it
Now erase it

If you’re familiar with “Technologic” by Daft Punk, you’ll understand where the thought process was heading, but that format didn’t work out as planned…

…so I went another route:

Although I like where this was going, I didn’t finish it. It takes a while for me to settle on something, and I eventually did after getting inspired by one of my nightly devotions about the Creator. And so, this is my contribution: 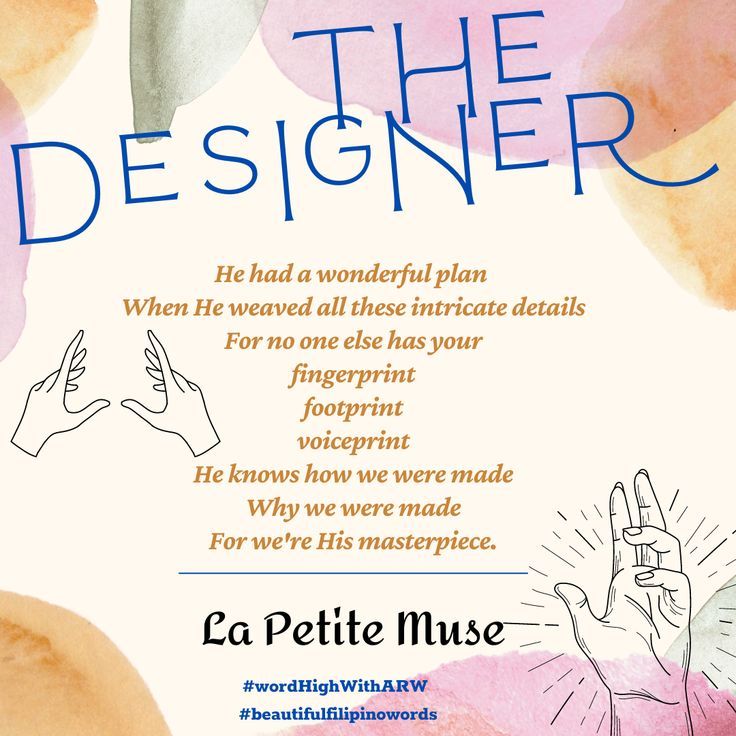 Like I said, I’m no wordsmith, but I love writing, and it’s good to be posting once again. I’ll be getting to your blog soon. Bon weekend! 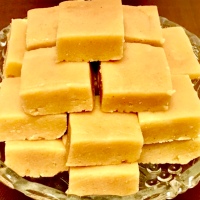